Clot-retrieval no better for strokes 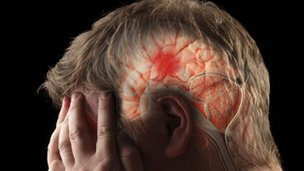 Clot-retrieval no better for strokes

alshafa_admin Our Latest Projects No Comments

Recovery after stroke is not improved by using a device to retrieve the clot, a US study suggests. In a trial of more than 650 patients, standard clot-busting drugs were just as effective as using surgery to clear blockages directly.

The University of Cincinnati-led study was stopped early after it became clear that risky procedures to remove clots were having little impact. Experts said more work was needed over clot-retrieval devices. Presenting the findings at the International Stroke Conference, researchers said that 39% of patients treated with a clot-busting drug called tPA were living independently after 90 days.

In those who also had undergone a procedure to insert a wire through an artery to break up, remove or dissolve the clot, 41% were living independently after three months. And 16% of patients undergoing the surgery had complications, the team reported in a paper also being published in the New England Journal of Medicine.

All patients received clot-busting tPA within three hours of their stroke symptoms. Researchers had predicted those who then also had the procedure to remove a clot would do better as it would treat large blockages not resolved by drug therapy.